Steps to make it multilingual

If you want to make it multilingual, create the default value in English.

This time, we will create a bilingual application with Japanese and English support. The sample application looks like this 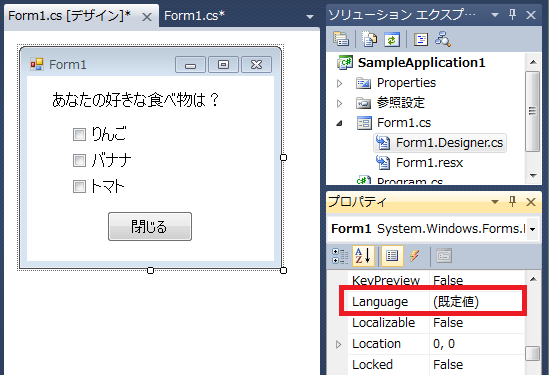 The property Language is set to “Default”. In this case, the default status is Japanese, which means that if the PC language is other than Japanese or English, the default Japanese will be displayed.

For example, if the PC is in a German environment, Japanese will be displayed. Moreover, since the font is Japanese, there is a possibility of garbled characters. Of course, it is possible to support Japanese, English, and German, but it is practically impossible to support all languages.

If the PC does not support any of the application languages, it is preferable to display the form in English, which is the universal language.

Therefore, we will change the Japanese text of the form to English. 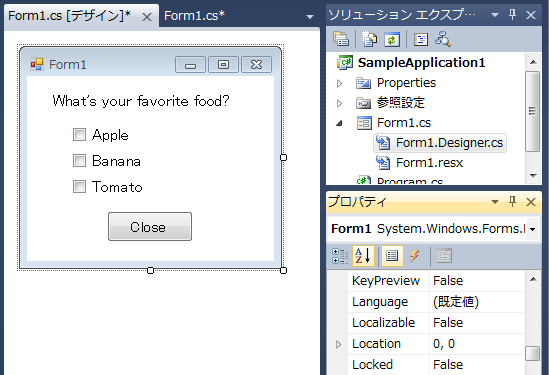 The text on the form screen in the initial display, where Language is the default, should be in English, for example, “りんご” → “Apple”.

However, if you have already created a Japanese-language application and want to make it multilingual later, it is not easy to change the default to English and then add English. The explanation that follows should be taken in reverse. 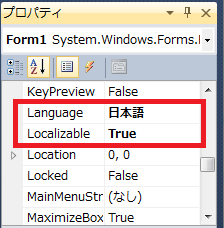 If you change Language to “Japanese,” Localizable under it will change to “True. If it remains “False”, change it to “True”. 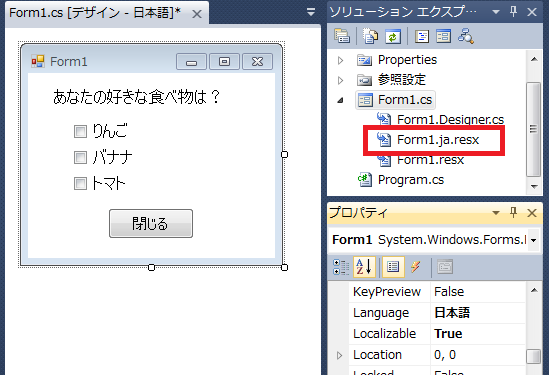 Change the English text on the form to Japanese text such as “Apple” to “りんご”. After the change, a file named Form1.ja.resx will be created. The difference information from the default Form1.resx is saved in this file. 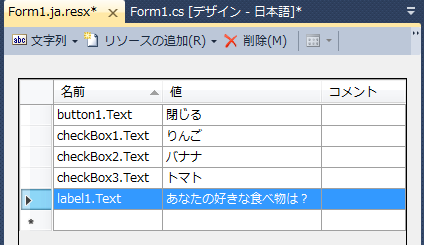 Multilingualize text in code other than controls

If it is a control, the process so far is fine, but let’s say you have a message in your code.

Texts that are not controls, such as these, will be multilingualized in a separate procedure. 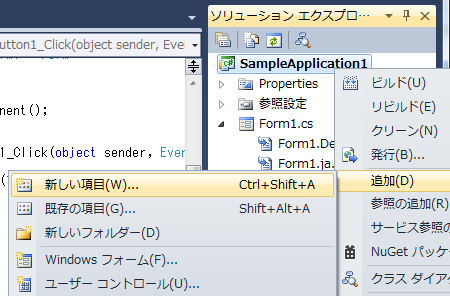 Right-click on the solution and select “Add” > “New Item”. 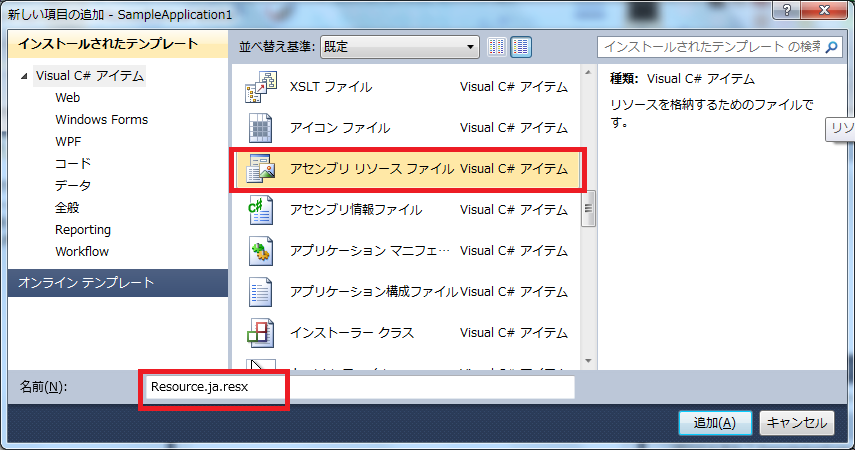 Select the assembly resource file, name it “Resource.ja.resx” and click the Add button. 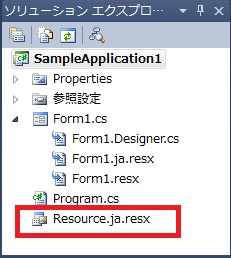 The Resource.ja.resx file will be added directly under the solution. 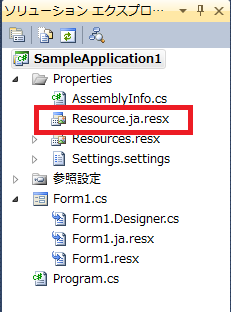 Move Resource.ja.resx from directly under the solution to the Properties folder.

The original Resource.resx in Properties is in English (default) and Resource.ja.resx is the Japanese file with the difference information.

Open the English (default) file Resources.resx. Enter the name of the variable in Name and the actual English text you want to display in Value.

Name: msg_clolse
Value: Are you sure you want to close?

Open the file Resources.ja.resx for Japanese. Enter the same variable name as Resources.resx in the Name field and the actual Japanese text you wish to display in the Value field.

Change the direct entry in the code to Properties.Resources.Variable Name.

Add a combo box with “ja” and “en” options for language switching. 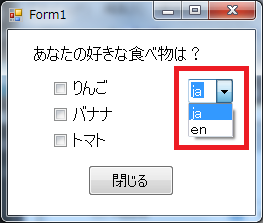 A change of choice calls the change language event, and the ChangeLanguage method redisplays the form in the selected language. 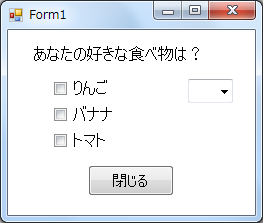 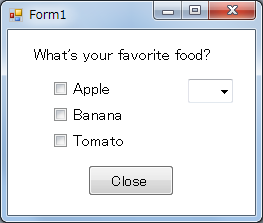 If you get the message “You are connecting to the proxy server at office15client.microsoft.com”

I was recently distressed by a Windows security message when opening Excel on a company PC that uses a proxy server. Wh...

NET applications are said to be easy to reverse engineer. Software sold commercially may be subject to copyright infring...

I have previously written about file property acquisition-related issues in the article GetDetailsOf to get file propert...

Order of events when clicked in C# listvew

When I created a function to process a list view when it is selected by mouse click, I checked the order of events. Cre...

GetDetailsOf to get file properties

This is a reminder to get file properties in C#. GetDetailsOf to get properties with reference to Shell32 First, Shell...

After making a multilingual version, you may have changed the position or size of a control and suddenly realize that it...
スポンサーリンク
If the placement or size of controls in a multilingual application changes from language to language

Received the abenomask from the Ministry of Health, Labor and Welfare
Disposable homemade masks that don’t look like kitchen paper made with cookups.
Compare Privacy filter 3M, ELECOM and YMYWorld
Get the date and time the photo was taken down to the second
Order of events when clicked in C# listvew
If the installation fails in Visual Studio 2017
GetDetailsOf to get file properties
If you get the message “You are connecting to the proxy server at office15client.microsoft.com”