NET applications are said to be easy to reverse engineer. Software sold commercially may be subject to copyright infringement if the content of the code is the company’s own special technology.
Also, regardless of commercial use, if the application contains user IDs, passwords, etc. to enter the company’s servers, it is a bad idea from a security standpoint.

Unzip the ZIP file to a desired location. No installation is required, so start ILSpy.exe directly by double-clicking it. 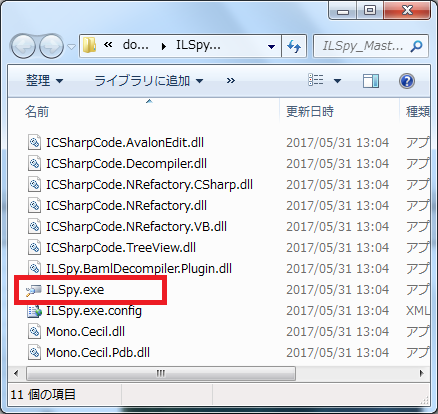 Since various things are loaded by default, select all of them with “Ctrl” + “A” in the white frame on the left, right-click, and click “Remove”. 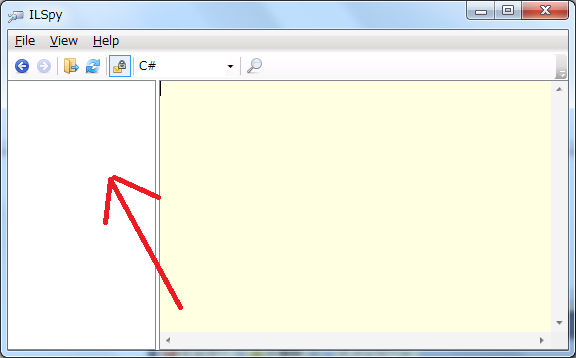 In this sample, the source is in Program.cs, so select “Program”. The “+” button is closed by default, so right click in the yellow box on the right and click “Toggle All Folding” to expand them all. 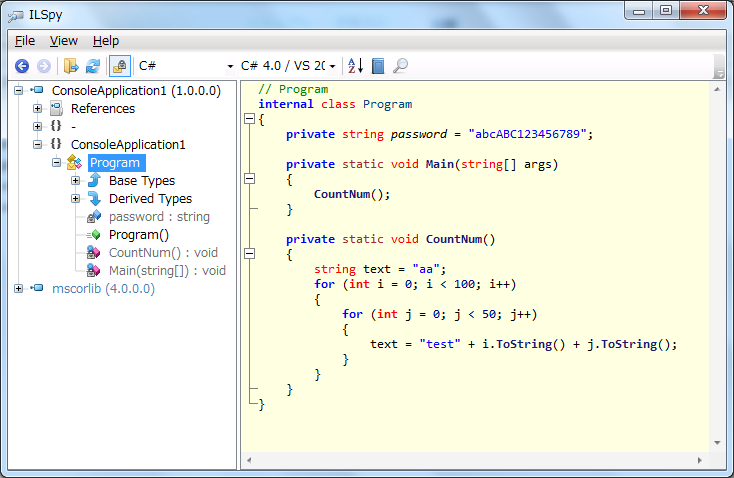 It is almost the same as before. The only thing I would say is that comments are not loaded.

ILSpy can be helpful in some situations if it is not abused. If the software used in your company was written a long time ago, and the person in charge at that time has retired and cannot be contacted, and the original source code has gone somewhere, it would be helpful to be able to see what is inside.

I haven’t used ILSpy for a long time, but I remembered that I had a real problem with it a long time ago and ILSpy helped me a lot.

A few years ago, a client told me that they wanted to rework an old application, but they didn’t have the source code and they had a design document. I received a set of what was available, but although the design and table definitions were vaguely present, they were incomplete documents that seemed to have not been properly rewritten for the additional changes after development.

The application was full of items that were displayed in the application that had no data source or logic, such as, “Where did this content come from? I had no idea where the data was coming from or the logic behind it.

At that time, ILSpy helped me a lot. When I looked at the source code after decompiling it with ILSpy, I found that the choices were hard-coded in the program, and the logic was branching depending on the choices, and without a design document, I was at my wits’ end.

After making a multilingual version, you may have changed the position or size of a control and suddenly realize that it...

Order of events when clicked in C# listvew

When I created a function to process a list view when it is selected by mouse click, I checked the order of events. Cre...

I have previously written about file property acquisition-related issues in the article GetDetailsOf to get file propert...

GetDetailsOf to get file properties

This is a reminder to get file properties in C#. GetDetailsOf to get properties with reference to Shell32 First, Shell...

Save application settings to SQLite in C#

Environment used Visual Studio2010 / C# will be used for this explanation. Download SQLite.dll To use SQLite as a DB, ...
スポンサーリンク
Save application settings to SQLite in C#
When a photo is inserted into Excel in VBA and rotated incorrectly

Received the abenomask from the Ministry of Health, Labor and Welfare
Disposable homemade masks that don’t look like kitchen paper made with cookups.
Compare Privacy filter 3M, ELECOM and YMYWorld
Get the date and time the photo was taken down to the second
Order of events when clicked in C# listvew
If the installation fails in Visual Studio 2017
GetDetailsOf to get file properties
If you get the message “You are connecting to the proxy server at office15client.microsoft.com”